It was onn May 12, 1865 when a Finnish miner named Fredrik Idestam opened a paper pulp factory. The plant was located in the South-West part of Finland, in the picturesque town called Tammerkoski Rapids.
Less than six years later, the trader opened a second mill located near the Nokianvirta River from which Nokia Ab, the name of the company, took its origin.
The first logo of the company in no way resembled the present one. The word “nokia” means a dark, furry animal currently called Pine Martel (weasel). 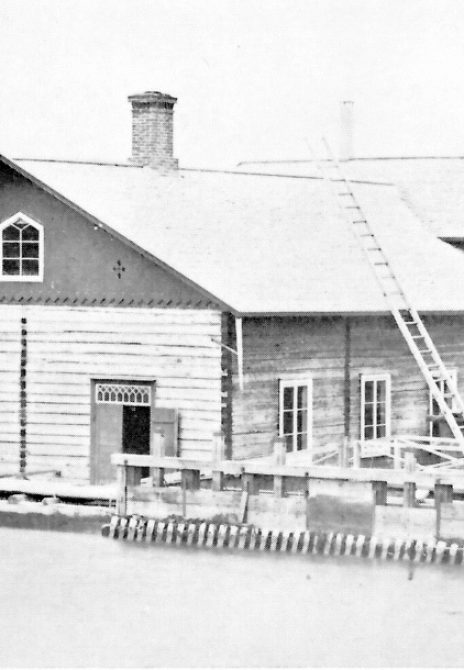 Is there a town called Nokia?

The company began to use the name Nokia after the production had been transferred to a town of the same name. This small town in the Pirkanmaa region was founded in exactly the same year as Nokia. Approximately thirty thousand people live there today. 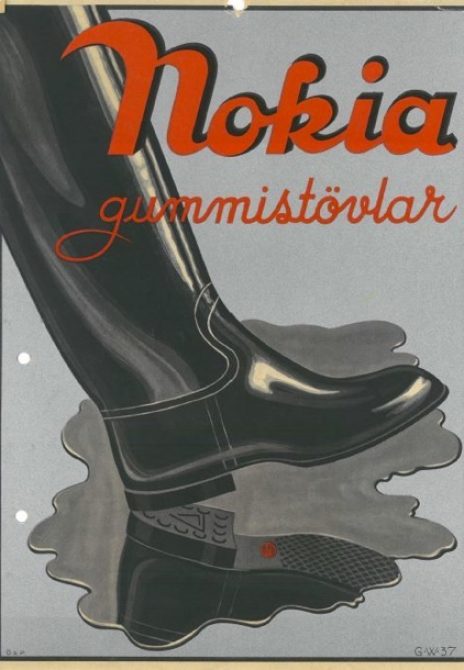 What does a rubber boot have to do with Nokia?

In 1898, Eduard Polon founded Finnish Rubber Works, a company which has later become a part of Nokia. Then the Finnish company entered a new market with the production of rubber items, tires and rubber boots. This industry turned out to be the real deal. The company built new factories were they installed the most modern assembly lines. However, despite the success, the production of rubber did not last long. Nokia and its connections to electrification

As early as in 1912, Nokia decided to undergo another transformation by establishing Finnish Cable Factory. This time it focused on the electrification of factories and farms. This period may be also considered the beginning of its entry into the telecommunications industry, as the newly founded factory manufactured wiring for telegraphs and phones, which where then rather niche products. The 60’s of the XX century enforced another great change. In 1967, Nokia Corporations was founded after the merger of the paper pulp factory, the Finnish Rubber Plant and the Finnish Cable Factory, with a significant role played by its electronic department. The company’s portfolio included, among others, MikroMikko computers or radios for the army. The year 1979 brought another revolution: Nokia merged with another Finnish manufacturer, Salora, thereby creating a joint venture company called Mobira Oy. From now on, the consumers could buy TVs with the Nokia logo. Less than two years after TVs had been put on the market, in 1981, Nordic Mobile Telephone (NMT), the first mobile network was launched, which also offered roaming. At the same time, Nokia released Mobira Senator – its first car phone. Three years later, the Finnish manufacturer launched Nokia Mobira Talkman NMT450, which was nothing like today’s smartphones. Although the large black suitcase combined with traditional telephone handset weighed more than 2 kg, it has gained many fans. Still, it was a much smaller phone than the first world cell phone that weighed as much as … 40 kg In 1987, the European GSM standard appeared with Nokia’s significant share. In the same year, the Finnish manufacturer offered its first portable mobile phone – Mobira Cityman 900. This device, weighing 760 grams, had a monochromatic screen that could display several numbers. The mobile that cost the equivalent of today’s 4,500 euros was used by many famous people. The famous photo of Mikhail Gorbachev, talking on the phone using this particular model, went down in history. Nokia as the leader of the phone market

Over the years, Nokia has grown to be a giant on the phone market. Who has not have a phone with Nokia logo on it? So far, the company has sold more than 400 million of such devices. Mobile phones have been getting smaller and offered more and more features. In 2015, the Finnish company decided to sell Microsoft the hardware department for 7.2 billion dollars, and less than half a year later, in the first quarter of 2016, it acquired French Alcatel Lucent for 16.6 billion dollars, becoming the largest in the world provider of telecommunications services. With more than 104,000 specialists employed worldwide, Nokia is the world leader in the creation of innovative technologies at the heart of our connected world. Driven by research and innovation of Nokia Bell Labs, we serve providers of telecommunications services, governments, large businesses and consumers with the most comprehensive portfolio of products, services and licenses in the industry. From the infrastructure that enables the operation of 5G and the Internet of things, to the developing applications for virtual reality and digital health, we shape the future of technology to transform human experience.

The R&D Centre in Wroclaw was founded in 2000. It employed 10 employees at the time. In 2013, we already employed more than 1800 people. In 2016 there were over 4200 of us. We are currently the largest institution of research and development in the ICT sector in Poland and we are still looking for new specialists.
Nokia’s technology centre in Wroclaw plays a key role in the global structure of the company. It shows in the number and the rank of projects implemented by us in Wroclaw. We are one of the three largest Nokia technology centres in the world and one of the two company units dealing mainly with software development.

Our programmers are involved both in the manufacturing process of the products and in the technology development, from the concept to deployment processes. These are international projects, requiring cooperation with offices from the most remote corners of the world.